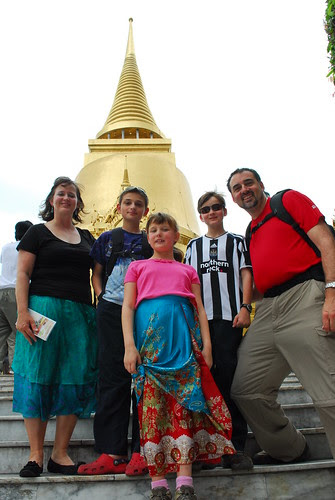 We have had quite a buildup for Thailand! It started when Evan and I hosted an exchange student from Thailand, “Jane” Panadda Khamsri, when we lived in Alaska. Second, a good friend of mine from grade school, Leslie Duran May, and her family moved to Thailand last year, and thirdly, Brendan did a presentation on Thailand in 3rd grade (and researched this trip non-stop). Let me tell you, Thailand did NOT disappoint! 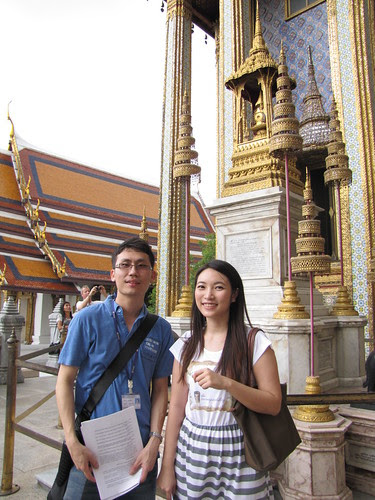 After arriving in Bangkok mid-day, Jane and her friend, Earth (actually a tour guide), took us in hand. They helped us navigate Bangkok’s transportation----sky train, car taxis, river taxis, and tuk tuks----which was no easy feat. I still have some wobbly legs from the memory of my last tuk tuk ride! 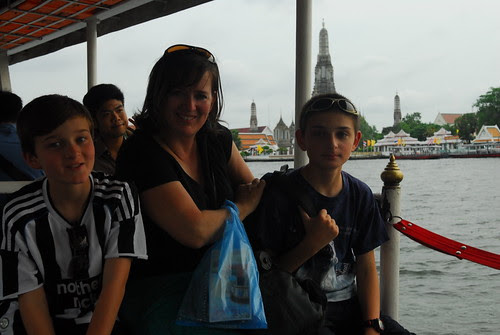 Over two days, we were awed by many Wats (Thai Buddhist Temples). We visited Wat Phra Kaew (home of the Emerald Buddha), Wat Pho, Wat Arun, & the Golden Mount. The magnificence of the carvings, the gold, and the glitter was overwhelming! The kids liked the temples with the bells and gongs! 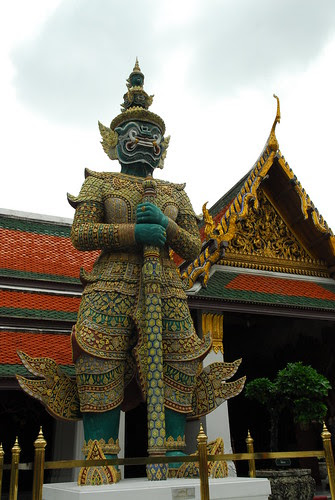 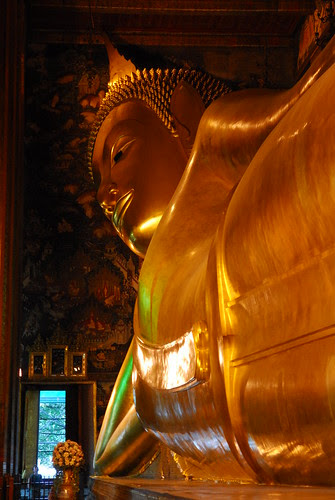 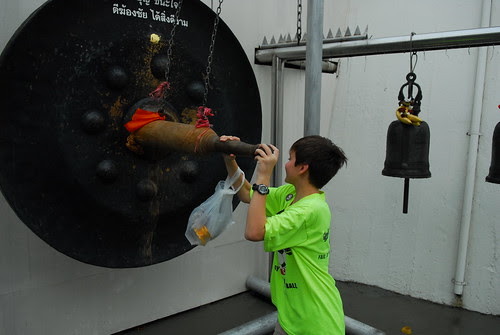 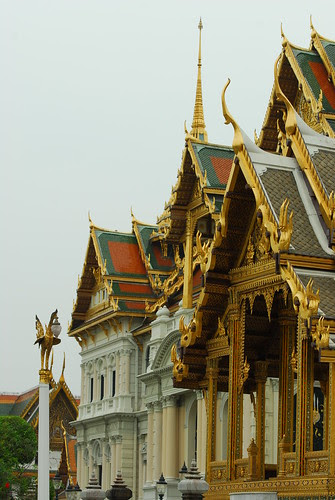 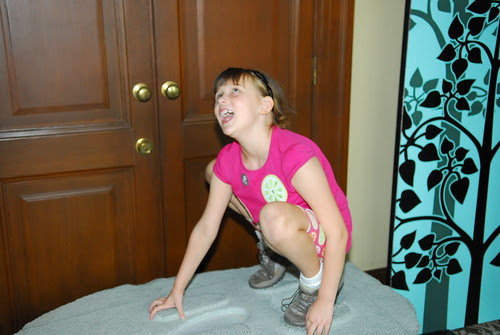 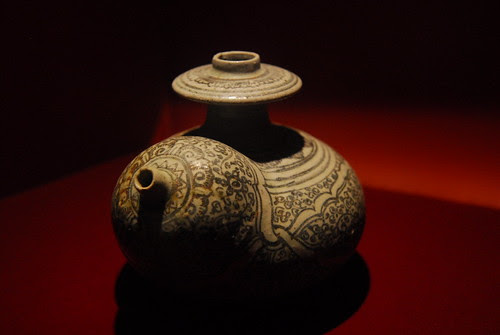 We absolutely love Thai cuisine. Jane and Earth made sure we had a broad variety, ordering for us and having “family style” meals for the most part. We even had a dinner cruise along the Chao Praya, which was lovely at night. 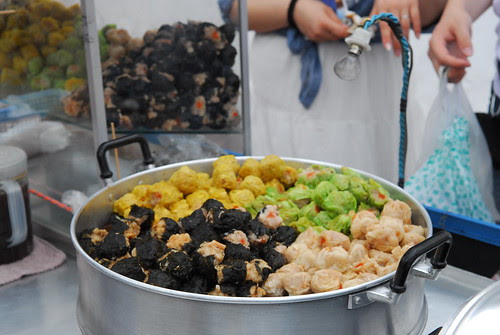 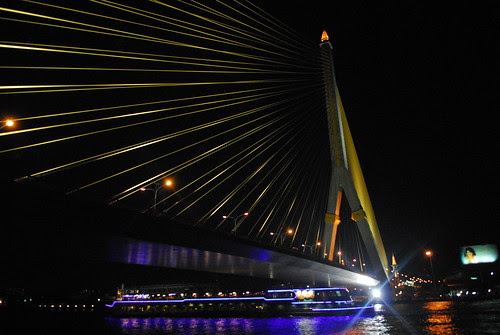 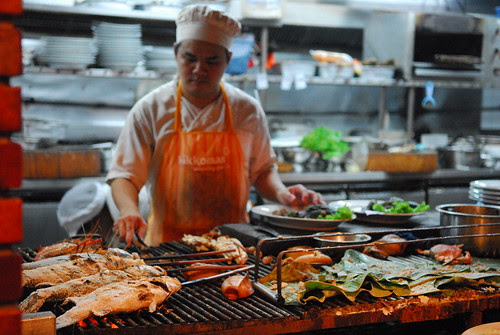 The most memorable snacks, however, were found at the Khao San Market where Evan, Heath, Brendan, and Amarra tried scorpions and grubworms---ugh! I chose not to partake. I thought that if even our Thai friends would not eat them, that should tell me something! 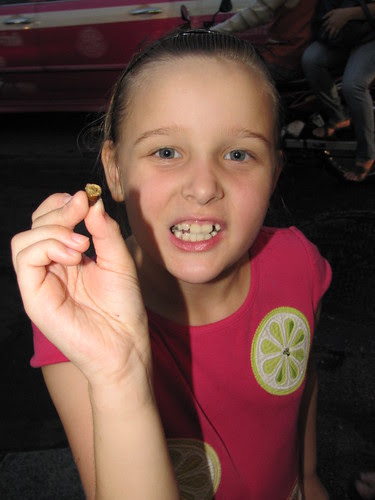 It was so wonderful to get together with the new grown up Jane. She and Earth made our time in Bangkok very personal and special. I know we wouldn’t have seen as many sights or learned as much without them! We don’t want to wait another 11 years before we see Jane again! 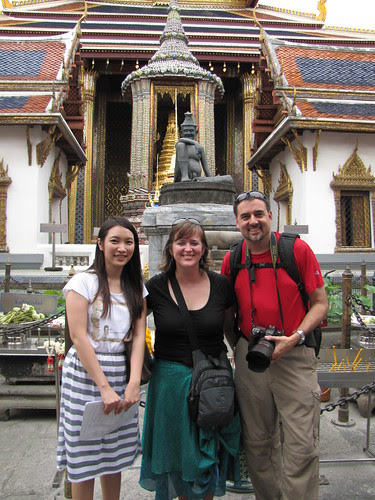 From Bangkok, we travelled to Pattaya where Leslie May lives with her family, Bob, Smyth, Chloe, and Lilli. How cool is it that they sent their driver, Kun Nick, to pick us up?? Leslie and I have known each other since the 4th grade at Forest Heights Elementary in Harrison, Arkansas. (We did perform a rousing rendition of the school song together, but my family was not that impressed!) 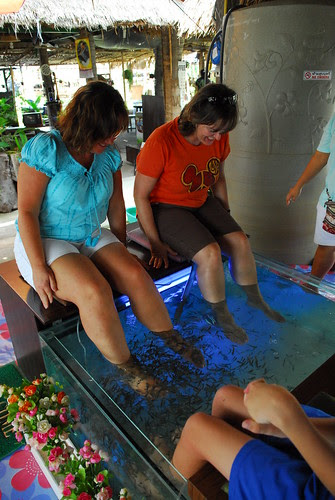 The Mays welcomed us with wonderful hospitality. It was so nice to be in a real “home” again and have American home cooking. While Leslie’s maid, Kun Daoin, made some yummy Thai dishes, Leslie spoiled us with foods we have been craving---buffalo wings, sloppy joes, hamburger stew, homemade bread, and the piece de resistance, Johnsonville breakfast sausages!!!! In fact, we had sausages twice at her house---ah, nirvana!
Evan and I grabbed the chance for an adults’ night out at a traditional Thai Restaurant, Sugar Hut, with Bob and Leslie, followed by a Thai foot massage. Evan thought his massage was a little painful, but I had no trouble dozing off during mine! The kids stayed home watching movies and playing Wii. Thanks, Chloe, for supervising! 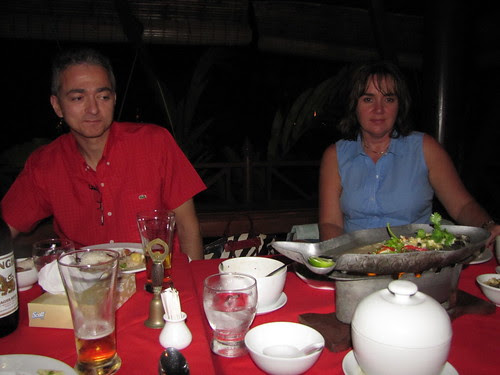 As hard as it was to tear ourselves away from the Mays’ home, we did get a chance to see more of Pattaya. Hiring a daily driver (the only way to get around in Thailand since driving can be considered a competitive sport there), we visited the beautiful Sanctuary of Truth, which is a Temple constructed all of wood (no nails, etc.) that demonstrates the mixing of Animism, Hinduism, and Buddhism that makes up the Thai version of Thervada Buddhism. 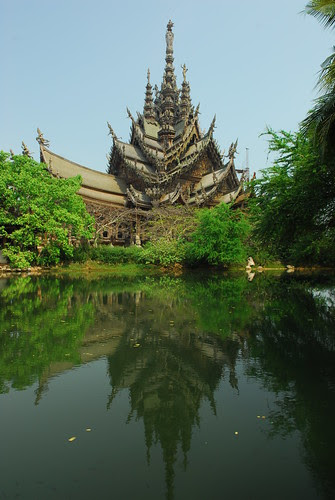 Pattaya’s floating market was colorful and full of vendors. The kids tried the zip lining and zorb at the market, and the whole family enjoyed the fish spas (submersing the feet and lower legs into a tank with tiny fish that eat dead skin cells), although it was quite tickly. Heath thinks that he would like to have some of these fish at home. 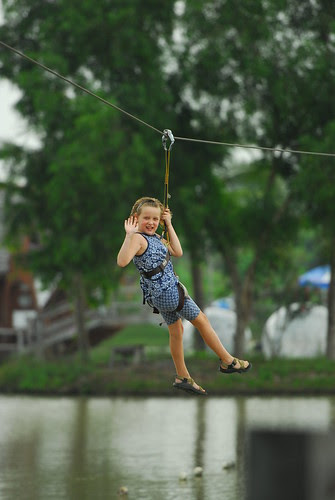 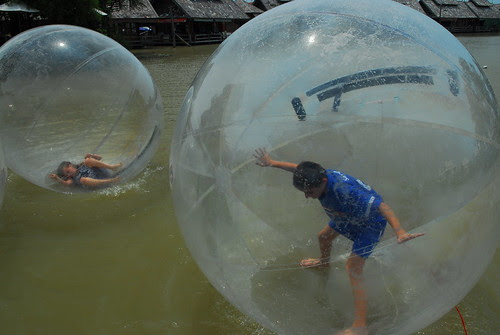 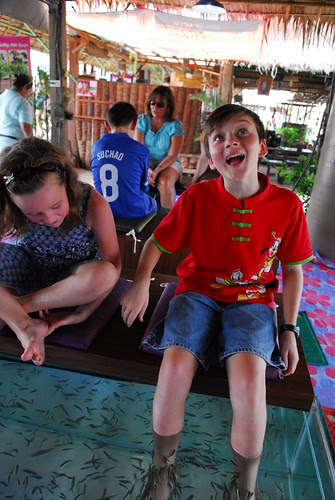 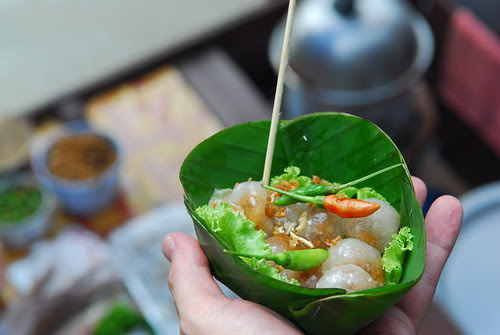 The highlight of Pattaya for the kids was a 1 ½ hour elephant jungle trek at the Pattaya Elephant Sanctuary. We bought bananas to feed our elephants, and, of course, had to feed some to the mother of the cute baby elephant on display at the Sanctuary! 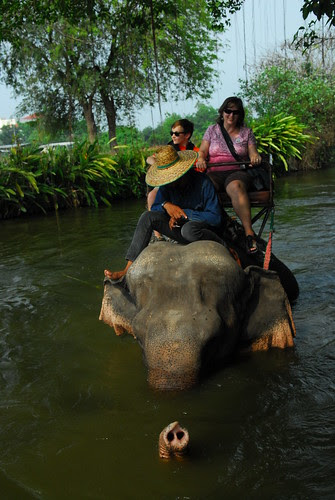 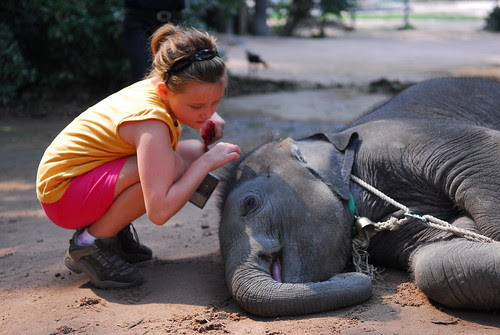 While in Thailand, we made a brief 2 night side trip to Cambodia. How could we get this close and not see Angkor Wat? 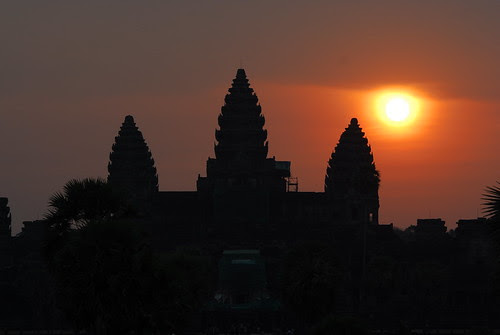 I don’t have words to describe Angkor Wat, but let me try---magnificent, huge, awe inspiring, vast, intricate, powerful, and any other accolades you want to throw in! We would need at least 3-4 days to see all of Angkor Wat. Our guide to the temple complex was great. He even shared his experiences with the children about losing > 40 family members in Pol Pot’s regime and being conscripted into the Cambodian Army at age 14. Talk about eye opening! Evan was, again, in photographer's heaven—this is a place most amateur photographers dream about shooting—it was a shame that he had so little time. 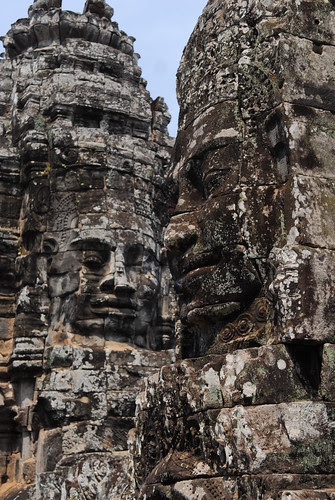 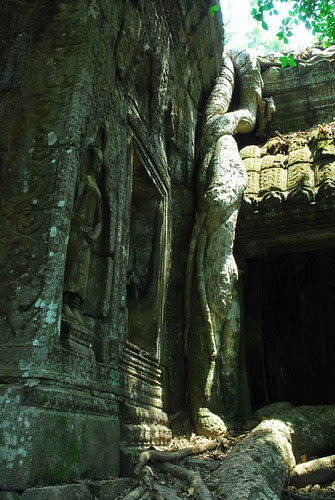 Cambodia seems to be about 50 years behind Thailand developmentally, but we thoroughly enjoyed our visit. The Khmer people were warm and friendly and the food was excellent. Look up “Green Star” Restaurant on trip advisor to find out more about the delicious food at this not for profit restaurant where proceeds support the Green Gecko organization that helps get Cambodian children off the streets. It will now be one of our favorite charities. 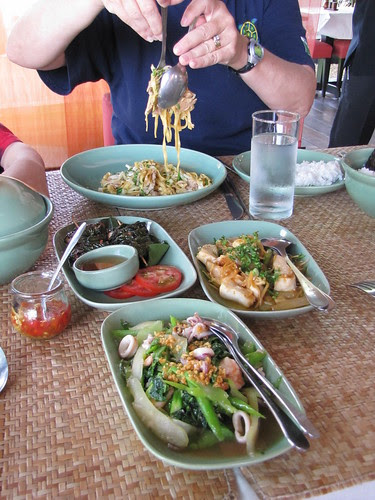 To sum it up, we love Thailand and Cambodia, and I have a feeling that we will be back!
Cheers, Tamara